A mother lost, a mother found 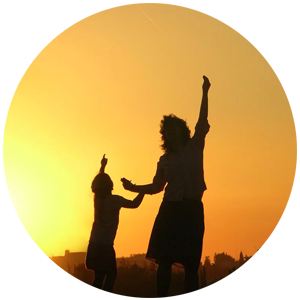 ‘A mother lost, a mother found’ and the return to a jealous, narcissistic land “who denies bread” in Angela Mancuso’s story. Sicily, 2020

When the children returned, their homeland didn’t recognize them. They didn’t smell the same – they had chewed hard asphalt and inhaled factory fumes, had drunk bitter mists and lived in rented studios. When you leave your land of birth, she feels like a betrayed woman, heartbroken and abandoned. She dreams of revenge, yet throws herself into the indifferent arms of other men. Even though she knows that she was the betrayer, that her love was selfish, that she took your breath away, that she denied you the space to grow, that she suffocated you, she still blames you for her loss.
Sicily is a jealous land, impertinent, mean, narcissistic.
Either you love it or you hate it.
There are no compromises.

Those children on the map

Now that Rosa saw her children gathered around her bed, she wanted to tell them many things. She wished they knew she hadn’t brought them into the world just to see them leave one day, streaking away like arrows shot by a heartless bow. After their long flights, they had stuck, seemingly forever, in Milan, Turin, Belluno, Bassano del Grappa. She taped a map to her kitchen wall, to stare at those cities, so far away. She drew a circle around each of them. Inside Milan’s circle, she had inscribed the name of Luca, inside Torino’s, Concetta, inside Belluno’s, Michele, while Giuseppe was in the circle that swallowed Bassano.
Periodically under each name THERE appeared smaller ones, with pink or blue bows. In a few years, those small names covered valleys, rivers and plains.

She had wanted to marry very young

“I don’t come to visit you, I don’t get on a plane, you don’t get on a thing that flies, men don’t fly, they don’t have wings. God gave wings just for the angels in Heaven! Not to mention the train. Twenty-two hours of sweaty odyssey to get to Milan. Eight hours just to travel the Canicattì-Messina route. If it wasn’t for your father’s heart attack and my kidney stones I wouldn’t have gone by taxi to Agrigento either!”
Only the last daughter hadn’t left. The most rebellious, the most stubborn. She had wanted to marry very young, only to come back to her mother and father with a sterile belly and a disappointed soul.
The children asked, “What did the doctor say?” The answer was, “There’s nothing more to do, we can only wait, the cancer has eaten her away.”
Rosa heard, and felt everything, her mind was very clear in her devastated body.

She would have really liked it if they had brought her grandchildren. At that moment she would have liked to feel innocence, joy, happiness. Listening to impertinent questions, laughing at chocolate-stained mouths and messy hair.
She would have preferred to hear life flow around her, its buds projecting into the future.
Instead, her children had already begun to mourn her, to think about the duties of the funeral, the papers to be arranged, organizing the days of the “visit”, when the house’s door would be wide open for the condolences of relatives and friends.
Who would take care of everything?
Luca, who ran a company, could not stay long. Concetta, who taught, would have three days to mourn. For their father’s funeral, they had arrived, they had buried him, they had left.

Cell phones continued to ring, distant daughters-in-law and sons-in-law asked for news. They had stayed in the Northern cities, with their children, to manage alone what is difficult to manage for two, the hectic, mechanical, impersonal life of the big city.
Every now and then Rosa would pick up snippets of conversation that she would have preferred not miss.
“I’ve always dealt with them. I served them to the last. I thought of everything. I sacrificed myself while you were having a good life!”
“It is not our fault. You chose that misfortune!”
“I won’t allow you!”
“You enjoyed mom and dad and you didn’t miss anything. Now you take the house, the income from the land, what else do you want? For my part, I leave you all.”
“Speak for yourself, Giusè, I want a memory, what I deserve. She’s already had enough!”
“You’re being stupid, guys! She’s not dead yet and you’re already talking like this! What will the neighbours say?”
“We have to leave here with these things settled. We need to be clear about it all right now!”

The nights spent watching over

Rosa stared at the ceiling. Her mind bounced back. Memories of the nights spent watching over Luca and his high fevers. The unspeakable anguish and sense of helplessness that had gripped both husband and wife waiting outside the emergency room when Michele had been hit by a drunken motorcyclist  resurfaced. And then the work, the sacrifices to give an education to all those longed-for and beloved products of their marriage.
The sun was setting and the shutters were closed. The only light provided was the small lamp lit on the dresser and the red light placed at the foot of the plaster statuette of the Madonna. The priest had just entered and bent over her.
He was young, had recently taken orders. He came from a small town in the countryside to support the elderly priest of the parish that Rosa had attended since she was born.
“Per istam sanctam unctionem et suam piissimam miseri-cordiam ...”
As he imparted her the extreme unction, Rosa, looking at that handsome and immature face, had an irreverent and sacrilegious thought:
“... adiuvant te dominus gratia spiritus sancti …”
(“I wonder if he has ever been in love?”)
“… ut a peccatis liberatum te salvet atque propitius allevet“.
(“Or if he ever wished he could have been?”)
“…Amen!”

The last syllables of love

In the dim light of the lamp and the agony, the five faces of her surviving children seemed almost cruel to her. They were motionless and stunned, as if held hostage.
They had been so good. Or so it seemed to her, up to a certain point in their lives. Yet she was sure they loved her. She was sure of it. The last whispers still came.
“I was willing to take her to Turin. She didn’t want to come!”
“But what are you saying? When dad died you wore black in mourning for only a week.”
“Respect is given when people live.”
Then, Rosa opened her lips and tried to send out the last syllables of love.
“Don’t argue…”
“Mom, what are you saying?”
“Don’t argue…”
“Mom! Can you hear us? Do you recognize us?”
“Swear!”
“Mom…”
“Swear!”

Maybe this was the light

Then she lowered her exhausted eyelids and thought no more. She quietly waited for her light, because all her life they had made her believe that there would be a light and she had clung like ivy to this truth.
Maybe it was God, or maybe it was her maternal instinct to allow her to open her eyes one last time. In time to see hands clasping and arms embracing. In time to perceive fraternal hearts that were sought and recognized again.
Maybe this was the light. Surely this was hers.
It was then that she fell asleep.

Angela Mancuso, from Licata (Agrigento, Italy) teacher of Letters, writer and musician, has obtained important awards in prestigious literary competitions. In 2011 he published his first poem work ‘Icaro’ (Ibiskos Editrice Risolo) and in 2012 the collection of short stories ‘Il fox della luna’ (Ibiskos Editrice Risolo). In 2019 the second series of poems ‘Sculture d’incanto’ (Il convivio Editore) was released. Since 2016 she has been the artistic director of the National Literary Prize ‘Raccontami, o Musa…’ promoted by  the cultural association Musamusìa in Licata.

You can send your story here 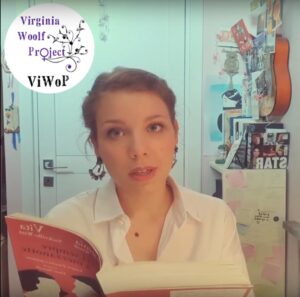